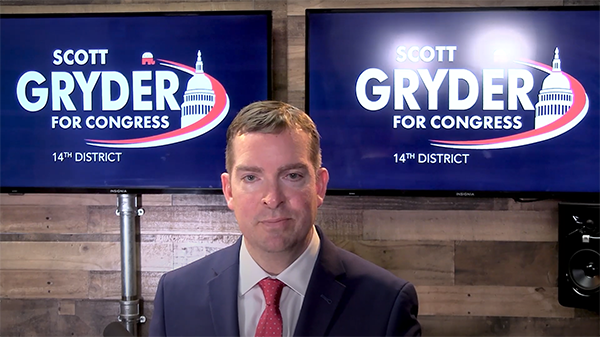 "I am running for Congress because the people of Illinois’ 14th District are being ill-served by current Democrat leadership.

I believe the people of this district come first and deserve results, not rhetoric.

As Chairman of the Kendall County Board, I drove a consensus-based agenda forward that promotes competitive, pro-family, pro-business, pro-freedom policies, helping propel Kendall County to the top in growth among all Illinois counties.

While DC politicians usher in rampant inflation, I fight to control taxes for homeowners and small businesses.

When violent criminals and gangs of thieves took to the streets, I increased support for law enforcement.

Rather than dressing up a wish-list of liberal goodies and pension bailouts, I led the way toward massive transportation improvements – the Eldamain road bridge, Collins road extension, route 47 widening provided needed benefits to our communities, especially real jobs with good wages.

While Washington bureaucrats hamstring competition with mandates and regulations to the benefit of the politically powerful and well-connected – I Introduced 10-point transparency plan, encouraged competition for vendor services and streamlined efficiency in bidding to produce significant taxpayer savings.

I’m proud of my proven record of accomplishment on behalf of those I serve, but there’s more to do.

If elected, every day I serve in Congress will be spent tackling hard jobs with hard work on behalf of the citizens who have entrusted me to fight for them.

If you share in my vision for a safe, prosperous 14th District, I ask you to join my campaign and support me with your vote on June 28."

To Learn more about Scott Gryder and join his campaign for the future of
Illinois 14th Congressional District, please visit www.scottgryder.com