“Scott’s proven conservative leadership is exactly what we need in Washington.”

Calling Gryder a “man of principles who refuses to compromise his beliefs,” Representative Batinick noted the current crisis of leadership in the federal government, writing “Joe Biden’s policies hamper our economic growth, energy independence, education, and freedoms. We are represented in Congress by liberal Lauren Underwood, whose refusal to serve as a check on her far-left allies leaves us precariously positioned to face an uncertain future.”

Representative Batinick called for change and urged voters to support Gryder based upon his record of service as they head to the polls on June 28, “Scott’s proven conservative leadership is exactly what we need in Washington.”

“Representative Batinick has a well-deserved reputation as a reformer and proponent of principled leadership in government. I am campaigning for Illinois’ 14th Congressional District to serve as a voice for the hard-working men and women who are increasingly being left behind by Washington politicians. Earning the support of a leader and true believer in conservative, limited governance as I seek to challenge Lauren Underwood in November is an honor. I look forward to contrasting my record of service and pro-growth, pro-family, pro-freedom principles with Underwood, who wants more of the same – increased spending paid for by higher taxes to promote a radical political agenda.”

Currently serving as Kendall County Board Chairman, Scott Gryder is challenging Lauren Underwood for the future of Illinois’ 14th District on behalf of those in need relief from the crippling Biden-Underwood tax and spend agenda which drives the economic insecurity experienced by the families, small business owners and seniors of the district. 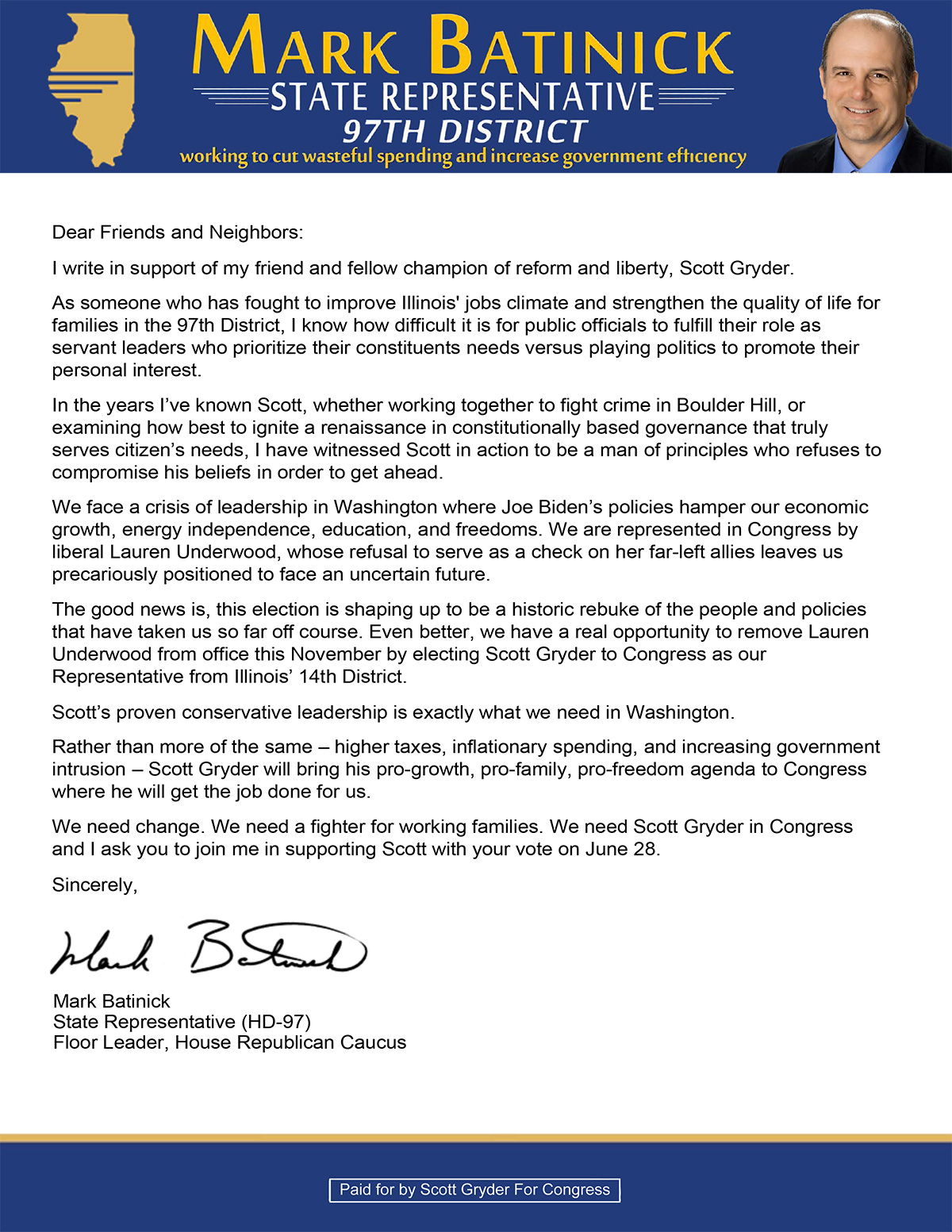