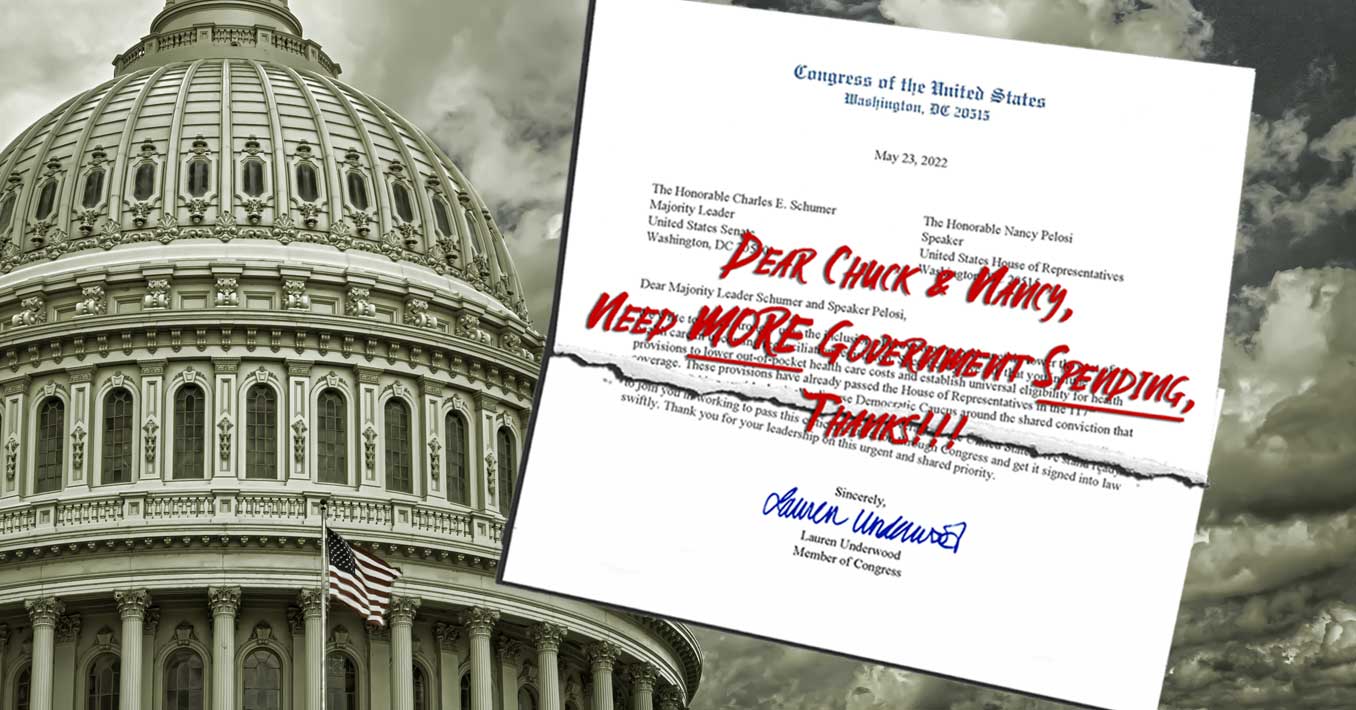 OSWEGO, Ill. (May 26, 2022) – Democrats across the country are heading into a tough election in which soaring inflation, spiking crime, supply-chain woes, and baby formula shortages are in the forefront of voter’s minds. Adding to their woes – and voter misery – a looming shortfall in the fatally flawed Obamacare insurance program.

As a result, Lauren Underwood and other vulnerable congressional Democrats are scrambling to prop up the failing law with even more government spending, the root cause of our crumbling economy. As recently reported in Politico, Underwood and other vulnerable democrats in Congress are begging Nancy Pelosi and Chuck Schumer to “fast-track” massively expensive subsidies which will only serve to drive up the cost of healthcare and add to our economic pain.

Upon learning of this unfortunate development for American taxpayers, Kendall County Board Chairman, Scott Gryder called Underwood out for her inappropriate solution to the serious problem of rising healthcare costs during a national economic crisis:

“The only way the Affordable Care Act is affordable for working families is through lavish subsidies paid for by US taxpayers already struggling to survive the disastrous Biden-Underwood economy in which the cost of life essentials such as fuel, food, even baby formula, have skyrocketed—if you can find them at all.

The fact is, in the 12 years since this partisan healthcare law was passed, we have witnessed higher prices and loss of access to providers. Insurance premiums have jumped 143 percent. Deductibles for ACA coverage increased by an average of 35% — approximately $1,700 for individuals and $3,600 for families.

The Biden Administration is undermining Americans’ care, increasing prices, and reducing access to new, innovative treatments. Medicare is barreling toward insolvency, while seniors’ premiums have swelled. Instead of seeking to end this madness, Biden’s ally, liberal Lauren Underwood is doubling down on the failed policies that drove us here.

This is the ‘better America’ Lauren Underwood promised, but it’s no way to help the struggling families who fall even further behind while living in it.”

Currently serving as Kendall County Board Chairman, Scott Gryder is challenging Lauren Underwood for the future of Illinois 14th District on behalf the hard-working people he meets every day who are struggling under the Biden-Underwood economy.